How Walker Did Himself In 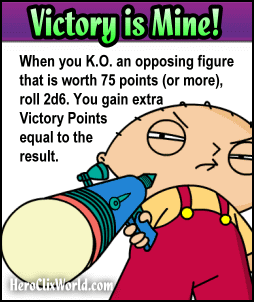 It was a pleasant surprise yesterday coming home and finding out key aspects of Act 10 were overturned. I took some time reading though the case and found it interesting how many times Citizens United was referenced.

I have long felt if Act 10 was ruled unconstitutional it would be on the grounds set forth by Citizens United. On the left Citizens United is looked at with great suspicion.   It should be remembered though that Citizens United referred to corporations and unions.

Why Citizens United? Here is a summary from Wikipedia.

First lets look through the union dues issue. You can certainly get money taken out for your pension, insurance, and even the United Way, why not voluntary union dues.   As a consequence of banning voluntary union dues WEAC had layed  off workers and lobbyists.  Clearly, even if we give Walker the benefit of intent, the effect of Act 10 was to "restrict political expenditures by unions".


Moreover, as Ysursa suggests, such speaker discrimination -- independent of content or viewpoint discrimination -- can form the basis of a valid First Amendment challenge. See, e.g., Sorrell, 131 S. Ct. at 2664 (applying strict scrutiny review to provision of statute which disfavors specific speakers, namely pharmaceutical manufacturers, and finding the provision unconstitutional); Citizens United, 130 S. Ct. at 898 (noting that in addition to “attempts to disfavor certain subjects or viewpoints,” the First Amendment also prohibits “restrictions distinguishing among different speakers, allowing speech by some but not  others”) (citing First Nat’l Bank of Boston v. Bellotti, 435 U.S. 765, 784 (1978)); Brown v. Alexander, 718 F.2d 1417, 1426 (6th Cir. 1983) (finding eligibility requirement for dues withholding that an organization be “independent,” meaning non-affiliated with another labor organization, “strikes at the heart of freedom of association”). “The First Amendment protects speech and speaker, and the ideas that flow from each.” CitizensUnited, 130 S. Ct. at 899 (emphasis added). p. 29

While the plantiffs focused primarily on equal protection, the US Circuit Court clearly felt the greatest harm was along First Amendment lines. Clearly, reading though the lens of Citizens United, the intent of recertification was to silence the speaker.

Even though plaintiffs do not assert a First Amendment claim with respect to this onerous, annual recertification requirement for unions representing general employees and their members, focusing instead on the difficulty and expense of securing recertification in the context of their Equal Protection claim, the court would be remiss not to at least note the likely burden the annual recertification process imposes on members’ speech and association rights. Indeed, as it works a direct burden on general employee unions, its discriminatory application appears indefensible to a First Amendment challenge. See discussion infra Parts II.A, II.B. Even if not itself a direct violation of plaintiffs’ First amendment rights, the appearance of a partisan division of the two classes of unions is troubling. Id. p. 23

Lastly there is the rationality test or How Walker Did Himself In.  Walker is within his rights to discriminate for some rational intent such as Public Service and General Unions.  For example, he could have exempted teachers, police, and fire from state workers on the grounds of public safety. But that in not what he did, he exempted those unions who supported him in his election which fails the rationality test.

Why would unions who supported him and were excluded from the collective bargaining law pose a threat to public safety by striking. Would not there be a greater risk of a strike from those unions that did not support him in his election - political payback. In short, it would have been much more "rational" for Walker to exclude MTI, WEAC from the collective bargaining law than the police and fire.

If there was no rational basis for Act 10, what was its purpose. In framing ACT 10 Scott Fitzgerald makes this argument,


During the intense debate over Act 10, Senate Majority Leader Scott Fitzgerald commented that “[i]f we win this battle, and the money is not there under the auspices of the unions, certainly what you’re going to find is President Obama is going to have a . . . much more difficult time getting elected and winning the state of Wisconsin.” p. 35

Clearly this takes us full circle and back to Citizens United.  The sole purpose of ACT 10 was to restrict  speakers, speech, and money of particular unions and not others. There is an irony here, the same actors that pushed for Citizens United also supported Walker's Law (Act 10).

I think Scotty should make a proclamation that henceforth April 1st will be know as Walker's Day.
Posted by Nate Schmolze at 6:26 AM