A Month with Samsung Chrome OS

While my relationship with Chromie had a rough start, I have really enjoyed using Chromie this past month as my primary device.

I began by having this silly notion that I should buy the Chromebook at a physical store. I began at Office Depot and it was clear from the snarky facial expression that Chromebooks were not the thing. Like oh my god we sell (maybe not sell but display) Windows 8 computers.

Off to Best Buy I went and looked at the 3 display models. The Samsung model seemed to way to go. I took one up to pay and because I selected debit instead of credit my payment was declined. While I wanted to try it again with credit, the sales person was convinced it would be declined again so I left.

At home I went upstairs, went on the internet and ordered my Chromebook on Google Play. I received it in a few days and have been using it as my primary device ever since. 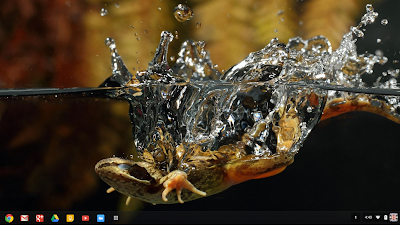 The first thing I noticed is Chromie is fast. It boots up in 5 seconds. As someone who is pretty tied into the Google ecosystem, the Samsung Chromebook makes interacting with it very natural and seamless. 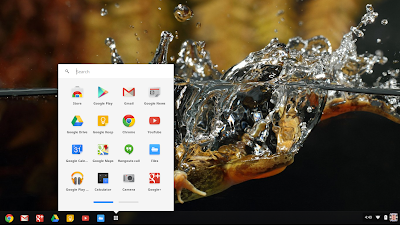 The "Start Menu" is the Overview Menu which includes all your Chrome apps. Some of my favorite third party apps are Pixlr Editor for editing and PDFZen for PDF annotation and highlighting. Both are fully integrated in to Google Drive. 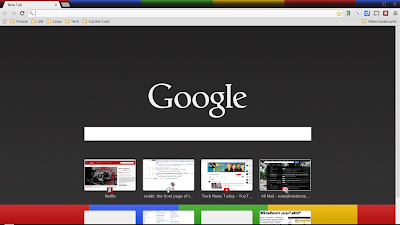 Chromie has become my new remote control with Chromecast. I love the ability to cast a You Tube or Netflix video and still have a fully functioning Chromebook.

Lastly, Hangouts and its ease of use has totally replaced my screencasting software. Hangouts makes it so easy to transition from video to slide show, to highlighting a website. After the screencast is completed it automatically is added to YouTube.

The Samsung Chromebook is now my primary device. I use it for all my web surfing, screencasting, and Google work. While the Chromebook certainly does not replace a computer, I find it can be used for many of the things I previously used my netbook for.
Posted by Nate Schmolze at 5:25 AM