Putting LMDE on my Computer

Various times in past few years I have tried Debian, non Ubuntu, distros with mixed results. There is a part of me that wants to break those Ubuntu chains, but there is something about the Ubuntu variant of Mint that feels snappier. 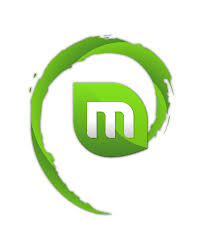 I spent of few days trying out LMDE in Virtual Box and then made the big leap forward.

My general impression with virtual box is it felt sluggish compared to the Mint 16 Ubuntu variant. It is that time warp thing I experience with XCFE, that 2-3 second delay that drives me nuts. An action in Mint 16 that was in realtime took about 2 seconds in LMDE.

I thought maybe this is a virtualbox thing so I created a partition and took the great leap forward. I opted for the 64 bit edition to see how it worked. The computer in question was purchased from a swap shop so it is about 5 years old. I looked up the specs and it is a 64 bit machine optimized for a 32 bit operating system. What the heck does that mean you ask, good question.

Initially it felt pretty solid, but now and then I noticed LMDE halting with a busy signal. Sometimes I was able to keep working, but other times I needed to log off and on again. I tried installing Docky several times and it crashed regularly. All of a sudden my dock was gone with no warning.

Sometimes Caja would load just fine, other times no action what so ever. Again the only way to fix this was logging off and on again. The Software Manager loaded but then became un-reponsive after using it for a period of time. Errors such as more than one aptitude program is installing became common. Sometimes even with the error the program was installed, and other times it would install the second time.

I did run into problems trying to add a ppa when Debian does not support it. It took me awhile to figure out how to get rid of the error. I then had the mother of all brain farts. I decided I would install Docky again and then remove the Gnome Panel.

No this is not the first time I have done this. This is like a Freudian Amnesic Episode, meaning there is something subconscious going on like the Distro Death Complex. As with the times I have done this before, I am unable to get back into MATE LMDE. Even after installing Gnome Pamel again, I am simply left with an old looking terminal.

I take this all as a sign to go back to a simpler time and distro. Linux Mint 16, I am coming home.

Posted by Nate Schmolze at 8:10 AM