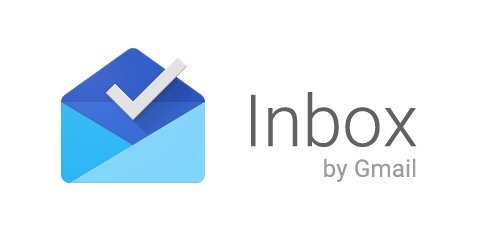 I created a standard gmail account recently to use for the Inbox invite. Thus far I am not overly impressed. I have been using offline Gmail for several months on all my computers. Inbox just feels like a few more features added on and a prettier side panel.

As a disclaimer I only spent about an hour on the app, and it was not my primary account which made me a tad bit cranky. That was enough time however to develop a rant.

I do like the reminders. I wish Keep would have been better integrated though. It would have been great to save a note along with reminder. I certainly can see the advantage of having reminders in the Inbox, but I would also like to access them in Keep. If not, I would have two sets of reminders which would suck.

I am not likeing this small text though. Gmail Offline has the same problem.  I was hoping for some ability to increase the text size. I just don't get this move towards smaller text sizes. I usually set text size in Chrome to large or extra large and zoom from there. Email in particular is something I want to read at larger text sizes.

I am not liking the blue at all, the color just makes me angry. Maybe this is all Bill Gates fault but light blue just pisses me off. No, I don't find it calming at all. Those balls, I hate those bouncing balls. I deleted the new Hangouts App because of those irritating balls, and I don't like them anymore in Inbox. So everytime I email or get an email I get another flippin ball. Am I the only one who doesn't want bouncing balls all the way up my screen.

I have not experienced a lot of emails - the account is not one I use - but it does not feel very desktop friendly. I should have known by the fact of needing my phone to activate the app. I got a phone, I got a tablet, I got a few Chromebooks, and I got a desktop, and I want to choose the device I activate a service with. Yes, that blue is still having its psychological impact. But back to being desktop friendly, swiping right can be quick on a touch screen, but it felt like there was not an easy way to get rid of "many but not all emails" from the inbox.

Honestly, I am pretty post email. I am very close to 0 inbox. Most email I get I consider spam. I would rather communicate through Google +. What I'd really like is a way to send and receive email on Google+. That is the interface now that email used to be. Frankly, it would be other features besides email that could get me to use inbox. The reminders have the most promise, if only there could be full Keep integration.

When I think of communication Google+ is first, texting (SMS) is second, and then email and Hangouts. I have got an idea, Hangouts did an acceptable job at integrating Google Voice, why not email. I open up Hangouts, and an email may make the most sense for the particular contact. Currently, I put a phone number in to text or call, why not an email? My point is email is on the way out, why integrate all these other features into email instead of bringing email to a service like Hangouts.

But then maybe I should just give it more time.

Posted by Nate Schmolze at 4:58 PM