Sling Me On Over to US TV Now

Sling TV has its share of fanboys and haters alike. On Reddit there are countless complaints, as well as, Sling defenders of if you just use this device or have a broadband connection this fast. I am probably in the hater category.

About three months ago I gave it a try. I cancelled after about 30 minutes since it would not work with a Chromebook. About a month ago it began working with Chromecast so I gave it another try. The Chromecasting, however, was dependent on a mobile device.  Since there was a 60 day promotion going on I figured there was nothing to lose by giving it another try.

Well it turns out my credit card was still on file so rather than getting 60 days free I was charged for a month of Sling. I emailed customer support and they responded the offer was available to new customers only. I lasted roughly two weeks before I cancelled the service.

There was only three channels I found worth watching so it felt like I was paying for channels I never watched. My biggest complaint was the service was unreliable.  Sometimes ESPN or CNN would work and other times I got nothing. ESPN was really bad on the commercial front. It felt like 3/4 ads 1/4 content when I was able to watch. 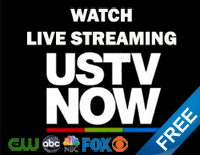 Around this time I noticed a reference to USTVNow so decided to give it a try. USTVNow is organized in a TV Guide format with full Chromecast support. You simply click on the show and start watching. Over the air channels are all free with the resolution being lowered after 45 days. All channels are $30 ($19 for 3 months) a month but include more channel than Sling TV. They even offer a DVR package for a little more. The best part is USTVNow offers 1 day, 3 day, and week packages for short term access needs.

I am currently trying out the $19 All Channels promotion. That gives me access to CNN, ESPN, AMC as well as 25 other channels. If you are looking for access for a particular show or game the daily ($2.99) and 3 day ($6.99) is something that is worth considering.  All channels with DVR is $39 which sounds pricey, but in comparison to Cable, Sling, and various DVR options, its not too bad.

Posted by Nate Schmolze at 4:07 PM