The Web is Dead (Not)

The web is dead, the web is dead. Long live the Apps.
Now the Androidians are finally declaring victory with the Play Store coming to Chrome OS (sort of). Am I missing something? If we take away Google's native apps are we really missing a lot with Android. 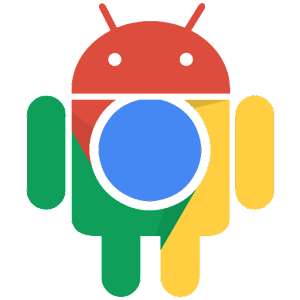 That is what one would think hearing the chattering class over the past month. We have heard for the past two years the biggest selling point of Windows 10 is its more than a browser, you can run actual apps.


I tried various Android Apps over the last year and the experience was sub par to those HTML 5 apps designed for Chrome OS. Most apps on Android feel old or sluggish, definitely not the experience I want on Chrome OS.

One area where improvement is needed is touch friendliness on Google's own services. I have an Acer Chromebook (touch screen) and the experience is in no way similar to those same services on a phone or tablet. When I use drawing I should be able to use touch as well as cursor. There are HTML 5 apps for Chrome OS that allow this, so its not like Chromebooks don't have the capability.

This, of course, is not the same thing as an Android App. In all honesty the whole Android on Chrome OS seems like a step back. Services should be designed from the ground up to work well on a phone, tablet, or web. I certainly do not want to be forced into an App to access this site or that site, especially when those apps give a worse experience than the web.

This is not only a Chrome OS or Android issue, I have been using Windows 10 for the past month. One big benefit is it gives me access to what we used to call programs, in particular, Word, One Note, Access, and most of all Wondershare Filmora for video editing. Video Editing was always that one area I always felt missing in Linux and / or Chrome OS.

But those are programs not apps. I have tried many (universal) apps from the Windows 10 Store. I have deleted most of them because the experience is sub par to loading the particular site in Chrome. Even apps like Flip Board are great for videos and photos, but navigating text is not reader friendly. This was my experience on most apps from the Windows 10 Store. Like with Chrome OS, except for certain core programs, I get a better experience on the web.

The one app that gives a better experience than the web is G News or Reader for Google News. You get your news in tiles but when you click on a tile you go straight to Readability view. I know its a radical approach, imagine someone wanting to read the news in a news app.

Posted by Nate Schmolze at 5:18 PM