Making 10 with Google Slides and Drawings 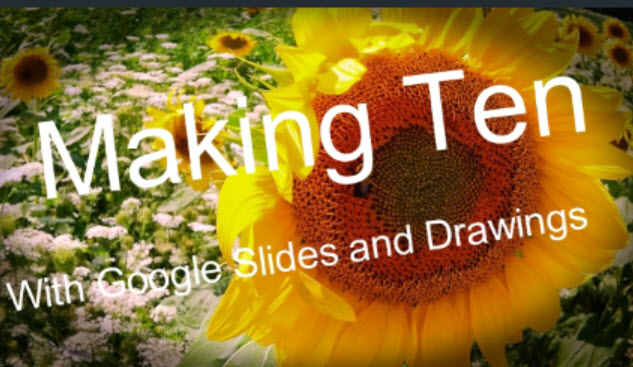 I have two activities, geared towards First Grade, that focus on Making Ten.


The first activity uses Google Slides to have students drag counters over to a ten frame. On each slide the student is given a number and their task is to drag that number of counters onto the ten frame, and then determine how many frames have counters, and how many frames are empty.

Making Ten with Ten Frames is a digital adaptation of a Bridges in Mathmatics lesson for First Grade. Typically one student to roll a dice to get the number, but in the digital adaptation I have the slides randomely organized. The last slide has two ten frames with counters in which the student will construct a number sentence.

The second activity Make 10 is a Google Drawing. Similar to the Four Strikes activity, a student will need to drag the digits 1-9 to complete a number sentence.  A student can only use each digit, except 5, once to create 5 number sentences that equal 10.